What Is The Rarest Amiibo? And Other Rare Amiibos You Should Know About

Whether you’re a die-hard Nintendo fan or someone who casually enjoys video games, the chances are that you know what amiibos are. But here’s a question for you: what is the rarest amiibo? Maybe it’s the exclusive Ocarina of Time Link or the soft Mega Yarn Yoshi? Or perhaps it’s the Japanese-exclusive Qbby?

While those are all pretty good guesses, none of them takes the crown. So, what is the rarest amiibo? I won’t give it away just yet, but here’s a little hint for you: if it has some sort of manufacturing defect, it’s pretty high on the “rarity” scale. Here are some of the rarest amiibos in the world that any Nintendo fan should know about!

I Don’t Know What an Amiibo Is (and at This Point, I’m Too Afraid to Ask)

Before I get to the question of what is the rarest amiibo, I need to get this out of the way first. For the uninitiated, amiibos are Nintendo’s very own toys-to-life platform. The toys use the so-called near field communication (NFC) protocol to connect to the Wii U, 3DS, and Switch consoles, allowing you to transfer game data. They differ from plain old figurines in one major way — in addition to looking pretty on your desk, they offer a whole new level of interactivity.

Amiibos were launched in 2014 and quickly gained popularity not only in Japan but worldwide. Only two years after their launch, Nintendo had sold almost 40 million units, and as of 2020, there are over 170 different amiibos.

In fact, they became so popular that preorders started selling out before the toys were even launched. Needless to say, they also attracted a lot of collectors, both in Japan and overseas. Certain toys were Japan or Asia-exclusive, which naturally made them all the more sought-after in the West. Nintendo capitalized on this, offering exclusive re-releases in the US.

The hype around amiibos grew with the announcement of each new toy, and collectors became more and more desperate to get their hands on the latest units. From hijacking trucks to paying ten times the retail price on Amazon, fans were willing to try anything. And while the dust has settled a little in 2020, amiibos are still very much in demand, and fans haven’t abandoned their quest to catch ‘em all.

So, now that you know more about the toys and the hype surrounding them, it’s time to answer the question, what is the rarest amiibo? From preorder exclusives to discontinued lines and one-time releases, here are all the rarest amiibos any fan should know about.

Rarest Amiibos, Ranked From the Easiest to the Hardest (and Impossible) to Obtain

Link is one of Nintendo’s most iconic characters, so it’s no surprise that the hero of Hyrule has several amiibos modeled after him. And while they’re all unique, the Ocarina of Time Link is truly special. It was released in 2016 to celebrate the thirtieth anniversary of Nintendo’s emblematic franchise.

And since Ocarina of Time is widely considered one of, if not the best Legend of Zelda game by fans and critics alike, it’s only natural that it gets its own special amiibo. If you want to have Link playing the iconic ocarina on your desk, you’re in luck! The toy is still available for purchase, though you’ll have to shell out over four times the retail price.

Related to the previous entry on my list, the Toon Link and Zelda set was also launched to celebrate The Legend of Zelda’s anniversary. While you can still find each individual toy easily enough, the two-pack is hard to come by nowadays.

So, if you want these two to grace your desk together, you’ll have to cough up anywhere from $120 to $150. (Or, you know, you could just buy them individually and put them next to each other, no one could tell).

As the protagonist of one of Square Enix’s most iconic games, it was only a matter of time before Cloud made his way into Smash Bros. Of course, that means he also got his own amiibo. And while it’s not particularly hard to find, it’s in high demand (and has an even higher price tag). So, I felt like it deserves a spot on my list.

If you feel like it also deserves a spot on your desk, it can be yours for a whopping $80 bucks. That’s not as expensive as some of the other entries, but it’s pretty high for a retail price.

With the addition of Fire Emblem to Smash Brothers, Nintendo launched two versions of Corin, a male and female one. I’m sure you can imagine which one sold out first. So if you want to get your hands on Player 2 Corin, I have some good news and bad news for you.

The good news is that it’s still available on Amazon and eBay. And the bad news, as you might have guessed, is that it will cost you $90 or more.

Another anniversary special, Golden Mega Man was launched in 2016 along with the collector’s edition of Mega Man Legacy Collection. Naturally, it sold out pretty fast, but the figurine is still available on Amazon and eBay.

If you bought it at launch, you’d have had to pay only $49 for the game and the toy. Nowadays, though, this bad boy alone will put a dent in your pocket, as it will cost you over $140.

Here’s one for all you Pokemon fans. If you were wondering, What is the rarest amiibo, this is probably not the answer you were expecting, but here we are. So, why Lucario, of all pokemon?

Well, while Lucario might not be the rarest pokemon out there, this amiibo was a Toys R Us exclusive, so it’s pretty hard to find. Still, like all other entries on my list so far, it is available for purchase, at four times the retail price.

Another Toys R Us exclusive (and a personal favorite), Mega Yarn Yoshi is probably the cuddliest amiibo on the market. It’s basically a huge Yoshi plush, except it’s also an amiibo — what more could you possibly want? If you want to add this one to your collection, though, get ready to cough up anywhere from $200 and upward.

If that sounds unreasonable, there’s also a smaller (and cheaper) version, namely Yarn Yoshi. But when it comes to plushies, it’s go big or go home, I say.

With so many characters that still haven’t been added to Smash even in 2020 (looking at you, Waluigi), the Wii Fit Trainer was certainly an interesting choice (though maybe not as interesting as Sans).

Nintendo stood by it, though, and even released an amiibo. And while the Trainer is not exactly an iconic character, the amiibo was one of the first on the market. So, it’s only natural that it has attained something of a “vintage” status and is now harder to obtain.

Unlike the other Mega Man on my list, you can’t actually obtain this one. It was released to celebrate Mega Man’s 30th anniversary, but what makes it special? Well, there are only ten copies of it in existence.

So, unless you were at the event held by Capcom in Japan when they gave these out, the chances are you don’t have it in your collection (And probably never will, since it’s not available for sale).

“Original” is always better, and that’s especially true when it comes to amiibos. The 2018 reprint of the Animal Crossing villager made fans bust out their anatomy books and compare the two amiibos side-by-side.

After a thorough examination, they concluded that the two toys were different, as was evident from their eye shape and the size of their smiles. Naturally, the original version attained “exclusive” status and is difficult to obtain.

If you’re a Monster Hunter fan and were looking to get your hands on one of these two, I’ll have to disappoint you. There are only two of them in existence, both awarded as prizes at the Monster Hunter annual championship in 2017.

That automatically gives them a spot on my what is the rarest amiibo list, since they’re essentially impossible to obtain. But who knows, you may still have your chance when the next Monster Hunter Championship comes around!

As one of the most iconic Nintendo characters, it’s no surprise that Mario has countless amiibos. Some are more exclusive than others, though, as is the case with the Gold Mario from 2015. Originally launched as a Walmart exclusive, this rendition of the world’s best plumber will now cost you over $80.

Remember when I said that manufacturing defects add to collectability? This is what I was talking about. All of the top 3 entries on my list are missing a part or two (or have one extra), and that’s what makes them unique.

It’s hard not to feel bad for Luigi. Poor guy not only lives in his brother’s shadow, but he also lost a hand in 2014 when he finally got his amiibo. Thanks to this particular defect, the toy is valued at $500, so…worth it?

Just like Luigi, Metroid’s Samus is missing a hand…though she got an extra cannon for it. The Samus amiibo was one of the first to hit the shelves in 2014. That alone would have made it pretty valuable, but combine it with the fact that she has not one but two cannons, and…well. She may be missing a hand, but she’ll cost you an arm and a leg.

And finally, here’s the answer to the question, what is the rarest amiibo? In a tragic manufacturing accident, this princess lost both of her legs. And as I already mentioned, collectors love defects. Still, it might come as a surprise that this toy sold for a whopping $25,000! Legless Princess Peach fetched the original buyer over 1000 times the original price. Impressive, right?

While she’s not unique — there are a few other legless copies (and one that has her legs on backward), the limited quantity and the high price tag put Legless Princess Peach at #1 on the rarity scale.

And there you have it! I hope my list was a satisfactory answer to the question what is the rarest amiibo. If you’re a collector, you may even have some of the toys here in your arsenal. And who knows, you might get lucky when the next line of amiibos comes out and find a headless Cat Mario or a Cat Peach with two tails! 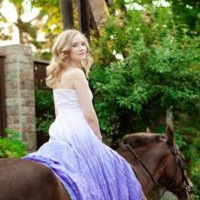 If someone had told me, Helen P. Crowson, that one day, I’d own a website where I would share my wisdom and favorite quotes with keen readers — I wouldn’t have believed a single word! Yet, that has come true, and Lesson Paths is the product of my life’s work.
PrevPrevious5 Tips On Finding Children’s Book Ideas Effortlessly
NextWhy Does My Husband Get Angry Over Small Things? Odd Behavior ExplainedNext